What are super apps, and how are they impacting banking and FinTech on a global scale?

In this episode of the Two Cents: Finance Talk podcast, Xavier Gomez, the COO and Co-Founder of INVYO, guides us through the rise of the super app and how this up-and-coming trend will impact the finance industry.

You can listen to the full episode below:

Or, if you prefer, keep reading to learn more about super apps.

Xavier covers topics such as:

Q: What makes an app ‘super’ and what exactly are super-apps?

The definition of a super app is pretty simple. It’s a single application with multiple functions, often supported by a payment system from the same company. This concept came from Asia, specifically China.

While mobile users typically use dedicated apps for specific tasks, mobile users in the Asia-Pacific region are accustomed to performing multiple functions, often seemingly unrelated to a single super app.

For example, WeChat, developed by Tencent, is a classic example of a super app. Aside from its basic function of sending messages, WeChat can also be used to order food, call taxis, and book plane tickets. Tencent doesn’t offer these additional services itself but instead allows third-party companies to build apps in WeChat.

Officially called mini programs in China, these apps within an app allow mobile users to use services from third-party companies without downloading a separate app. WeChat now acts as its own operating system and reached over 1 million mini-programs in November 2018.

Another big player in this space is Alipay, which is the closest competitor to WeChat with more than 130,000 mini programs. Other successful super apps in China which use the mini program model include Baidu, the Chinese search engine, Meituan, which provides online catering, and Taobao, the C2C and B2C online shopping platform from Alibaba.

This is an extremely interesting creation in terms of user experience, as super-apps go across eCommerce, mobile apps, and FinTech payments.

Previously, most people predicted that the use of super-apps would be confined to Asia and we would never see them used in developed countries. But after COVID-19, we saw big developments in super-apps through a number of different players around the world, especially in Europe.

Q. Do you think that we have seen the absolute rise of super apps in Asia?

It depends on which way you look at it in terms of consumption. For me, this is clearly the start of the awakening of super apps in Europe and the US.

In terms of players, Chinese players are currently more advanced than others. For example, in France, you have Lydia, which is a non-financial institution with 7 million clients and users. They have apps you can use for retirement savings, payments, financial banking, and so on. But in comparison, Chinese players have up to 300 million customers, which is a significantly larger amount.

I can see super apps being developed in the US and Europe because customer data is becoming more important to control and understand.

For traditional companies and startups leveraging super-apps, the customer data collected is of very high quality, in particular with integrated payments. This makes it possible to obtain key information such as the frequency of purchases, what customers buy, why they buy certain products etc. It's massively helpful in gaining knowledge of your customers and clients.

Privacy is a big issue in adopting super apps, as this is more regulated in the West than in the Pacific region. Integrating multiple services into a single app raises concerns about the processing of storage and use of personal data for which Meta and Google are already under huge scrutiny by different regulators around the world.

Cultural differences are also a huge deterrence to the super-app model globally. Super-apps are used in culturally close regions such as China, India, and South Asia. Uber Technologies recognized this problem when expanding into emerging markets. They didn’t incorporate more functions into their app, but instead split into separate, less cultural apps such as Uber Lite in India, and Uber Bus in Egypt.

Q. What does the rise of super-apps mean for fintech companies and banks?

It depends on the innovation policy inside the banks. As many know, today’s banks have a problem with IT legacy infrastructure and agility compared to tech companies and startups.

I think the best strategy for banks to adopt this kind of service is by applying competition. This means that banks will have to accept the competition of other players such as non-financial payers or fintech, and they'll have to cooperate with them in order to innovate and learn from this kind of partnership.

For me, this is the only way for traditional banks to move forward and survive. This is because they have a lot of regulations in place to stay compliant, they spend a lot of money in terms of working capital on financial markets, and they have to invest a lot of money in innovation structures. And without any help from big startups or tech companies, they'll really struggle.

Like what you see? Then check out tonnes more.

From exclusive content by industry experts and an ever-increasing bank of templates, to 100s of hours’ worth of presentations and mentors, our membership plans are packed with awesome sales enablement resources. 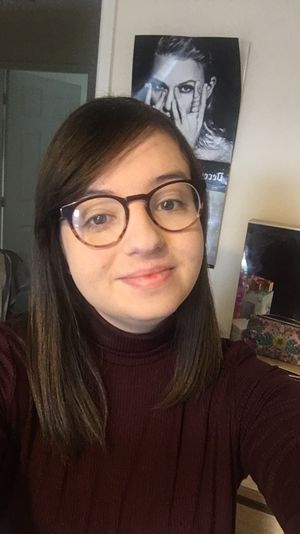 Bekka is a Transcriber/ Copy Editor at the Alliance. She has a professional background in copywriting and graduated from Lancaster University with a BA in English Language in 2018.